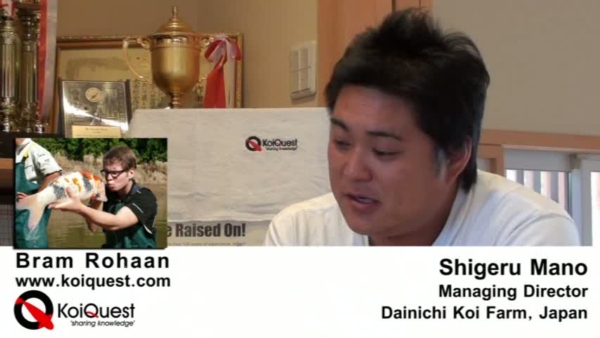 Do you know that The Nishikigoi Vereniging Nederland (The Dutch Nishikigoi Association) traditionally organizes “The Holland Koi Show”-which is known as the biggest koi show in the world. Netherlands (Holland) neighboring countries are Belgium, Germany, and the United Kingdom. Since there are many koi hobbyists from these countries, the Holland Koi Show became the single most important koi exhibition in all of Europe. The Dutch Koi show is known worldwide as the largest koi show regarding the size and the number of visitors.

From the land of Dutch, Koi TV® has some koi friends, Tiebo Jacobs and Bram Rohaan who are the writers of the blog named “KoiQuestion” ( www.koiquestion.com ). It is written in Dutch. They are pretty regular in writing their blogs.

Tiebo works for royal military police and Bram Rohaan is doing MSc in Aquaculture. They are also writers of some major Koi magazines in the Netherlands, Belgium, Great Britain, and America. Bram had an opportunity to work at Dainichi Koi Farm for some time. During that time he got an opportunity to interview Shigeru Mano, Managing Director of Dainichi Koi Farm, Japan. Koi Question is kind enough to share those videos with Koi TV® users. Following is the edited version of the interview. The addition of closed caption was another experiment that Koi TV® did for this video. Hope this will interest you. There are two parts to the interview. Check out the first part.

I know, without Koi Hobby this friendship was not possible. Friendship through scales is so true. With my family, my Nishikigoi, and my koi friends around the world, I enjoy the ultimate joy of being a koi kichi.