Selection and luck are behind this surprise. Wes Parker, owner of Children of the Sun Koi had mentioned his first grow out that he’ll be doing at his store which attracted us to participate in this new attempt. Wes had bought some today from Sakai of Hiroshima koi from Japan. The last shipment was here around the mid of May, or that’s when we found out about the shipment. Most of all the koi was already sold out. Our “Rosapoo” was selected last; it had an injury during the shipment which was not appealing to his customers. This was kind of the last to be chosen or to be entered in his grow out. Promod and I were attracted to his Kohaku because of its unique pattern and the bloodline. She came from Sakai of Hiroshima and is an offspring of Shinning Rose. We named our new Kohaku “Rosapoo”. The pattern on this Kohaku represented the Rose petals and in our native language Malayalam, “Rosapoo” means Rose. Rosapoo was small compared to other koi from that shipment. We just fell in love with beautiful Kohaku. We decided to enter our Rosapoo for the first competition but luck deceived us then too at the 2012 Northwest Koi and Goldfish Club Show. We entered koi to the show seeing that the wound got cured. But she was injured again during shipment at the same place. Rosapoo won Show Chairman’s award. The judges said that if that Kohaku didn’t get injured again, it would have won some major prizes. This is the reason why people take so much care in transporting the Koi. A simple bump or lack of oxygen can affect the koi very badly.

Our pond is a little congested at the moment with our kid’s koi. So we are renting pond spaces at different dealer locations. Rosapoo was at Children of the Sun Koi. Wes Parker and our good friend Gage Swett is helping us with feeding the koi and making sure everything is in good condition.

Promod is just too excited about this particular koi. I’m not saying I’m not but something about this koi just makes you look twice.

We have been doing live broadcasting since 2009. We are working with different breeders, dealers, and hobbyists to get more people interested in this hobby. When it’s live from Wes we can sneak peek, how our Rosapoo is doing.  Wes was so nice enough to provide a space at his store to set up a live video feed (http://www.koi.tv/live.aspx) running 24/7 on Koi TV®. For the time being, we have disconnected this service till Wes is expanding his store to a new location.

Grow out results at Wes’s new place was on September 29th, 2012. Doctors said not to travel far since it was just two weeks to deliver our fourth baby. But we couldn’t resist seeing Rosapoo. Guess what, we won the grand prize. Isn’t that amazing? Our long wait was over. “Patience is a virtue.” The prize was even better: 20” Dainichi Sanke (Hotaru bloodline), 22lbs Shinju color, and 22lbs Shinju wheat germ. Almost $3000.00 in value. Click here to see the koi that we won. Again one more fish. Wow, we are just too excited about this. The only problem we are facing is no more space in our current pond.  What should we do? Time and money should solve this issue I guess.

Thank You Children of the Sun Koi for letting us participate in the grow-out and Shinju Koi Food for sponsoring this event. We are still surprised and thrilled.

Rosapoo’s color is just outstanding the white is as pure as the snow. It just can’t get any better.

I think it’s better to see for yourself than I go on and on. Click the following image to see the entire gallery. 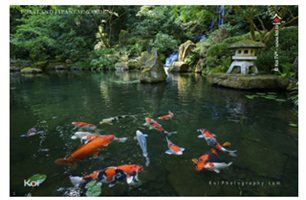 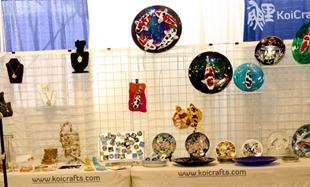 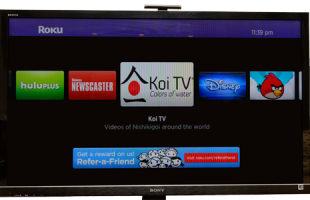